I have often talked about the most difficult challenge to overcome in the pursuit of winning is the leader’s ability to help their team make behavior changes that will result in the team member’s growth and in accomplishing the goal.

However, it’s a rare leader that thinks about how they personally can be better at adjusting their own behavior.

This reminds me of what Clate Mask, CEO of Infusionsoft, once told me. Clate said he could not be the same CEO in six months as he was currently. Infusionsoft was growing so quickly he had to learn and improve to keep up with the growth and then help others succeed. Clate focused on developing as a leader first.

However, what you are more likely to hear is, “I wish I didn’t have Tony, Mark, and Sue on my team.” Right?

The tendency, of course, for all of us is to blame the people. They are the ones not doing it! Who would you like me to blame?

The recommendation – Focus on how you can improve, how you contributed to the poor results before blaming your team. Remember, there are not bad teams, only bad leaders.

Own the problem of flawed systems and get better at executing on strategies that require changes in human behavior.

“Seventy percent of strategic failures are due to poor execution of leadership. It’s rarely for lack of smarts or vision.”

—RAM CHARAN, EXECUTION: THE DISCIPLINE OF GETTING THINGS DONE

Look forward to your thoughts. 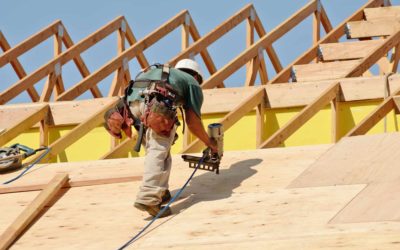 How to Create a Project Budget for Your Roof

END_OF_DOCUMENT_TOKEN_TO_BE_REPLACED 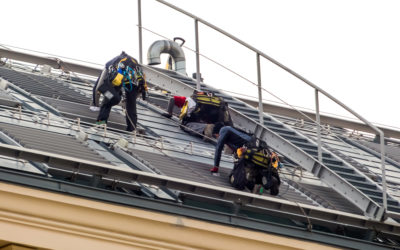 Restore, Repair, or Replace? Choosing the Right Response for Your Roof

You know that your commercial roof requires attention, but you’re not sure of the right route to take. Does it need to be replaced? Or might some minor repairs be sufficient?Read on for our expert opinion.Serious Signs That Your...

END_OF_DOCUMENT_TOKEN_TO_BE_REPLACED

3 Simple Steps To Protect Your Customers & Property From Winter Mayhem

It has almost been a year since the snowstorm that stunned Dallas in January, and yet we are coming up on another winter season. Even if you endured severe damage to your property or not, it’s time for EVERYONE to get ahead and start preparing for winter...